AUM is the flexible audio mixer, recorder, and connection hub for your iPad, iPhone and iPod touch. AUM is easy and intuitive to get started with, and concurrently as sophisticated as they come – a rewarding combination, irrespective of your expertise level.

Modstep is a Sampler Sequencer jam tool allowing you to sequence, play with and modulate any MIDI gear, be it hardware, software or apps that support MIDI. It features unlimited Tracks and Scenes and up to 128 MIDI CCs on each Track. On top of this you can […]

Yesterday I finished up a few projects, freeing me up to work on my next – getting my gear properly connected. I’ve had a decent workflow, but the recent advances in iOS connectivity has prompted me to reevaluate my workflow – and exposed some blank spots. I’m hoping to […]

In my last 2 articles Transplatforming, and Generative Music Culture – Then, Now, & Why, I provided a broad overview of generative music, its history, social complexities, and reasons why it’s become so exciting in 2016. Now it’s time to feature some of the tools music makers can […]

Generative Music Culture – Then, Now, & Why

Generative Music as a term is attributable to Brian Eno, who in the liner notes to his 1975 album Discreet Music wrote: “Since I have always preferred making plans to executing them, I have gravitated towards situations and systems that, once set into operation, could create music with little […] 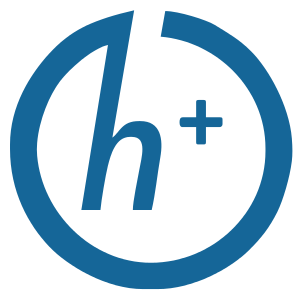 I think it’s fair to say 2015 and ’16 have been significant to ontology. AI from Google’s DeepDream seemed to ooze onto the internet, it’s generative and beautiful images to me seemed like organelles or embryonic forms evolving ever-closer to the forms of human perception, or imagery in […]

Starting out is overwhelming. I’m fortunate enough to be fairly adaptable to software and hardware, one of my backgrounds being cyber and physical security systems. But Ableton is a powerful DAW, it reminds me of Office or Photoshop – accessible, but deep. Music theory is also not my […]

My take on Listening vs. Producing Sound

I’m sure many longterm musicians may have little recollection of the difference between listening to music, and producing it. In my case, this distinction has been a recent epiphany. An epiphany because I wasn’t really aware of the distinction. I’ve always wanted to produce music. About 15 years […]

Well, the past 3 weeks have been eventful! It’s tough to spend the music-making season (eternity) dealing with the Holidays! Yes, I was up after Midnight on Christmas Eve – sneaking and watching Ableton tutorial videos long after the family was sleeping: Secretly reading tutorials whilst everyone sleeps. […]