Metagrid is probably the most overlooked music utility app on iOS. I think this is mostly due to lack of exposure, and perhaps being branded beyond the confines of a music utility, in fact its a utility for any Mac OS workflow.

The concept of Metagrid is simple. You open the app – and connect to your Mac or PC, either wirelessly or via USB. On the Mac you run the Metaserver utility. Connections happen instantaneously, and are persistent. I’ve used Metagrid for some time now, and have found it remains connected, even when you minimize the iOS app to the background. Even the wireless connection shows no perceivable latency for  me. Here’s a great video on initial Setup

One you’ve connected the iOS app to the desktop, your iPad now becomes a control surface for whatever application you’re currently working with on the Mac. If you happen to be a Logic, Cubase, or Studio One user, there are predefined templates already baked into Metagrid for controlling those Daw’s. Additionally, these native templates allow you to “lock” your focus on your Daw, such that even if you navigate away from your Daw to another app, the Metagrid control surface remains locked to your Daw. This is especially handy if you want to work across apps simultaneously.

Beyond the default templates for Daw’s, Metagrid offers a robust and really quick way to control other applications on your Mac. I created a template here for Audio Midi Setup – a Mac Utility I work with frequently:

Creating this template was easy. With Metagrid open, and Audio Midi Setup opened on the Mac – you just tap Edit, where you’ll be greeted with this screen of Options: 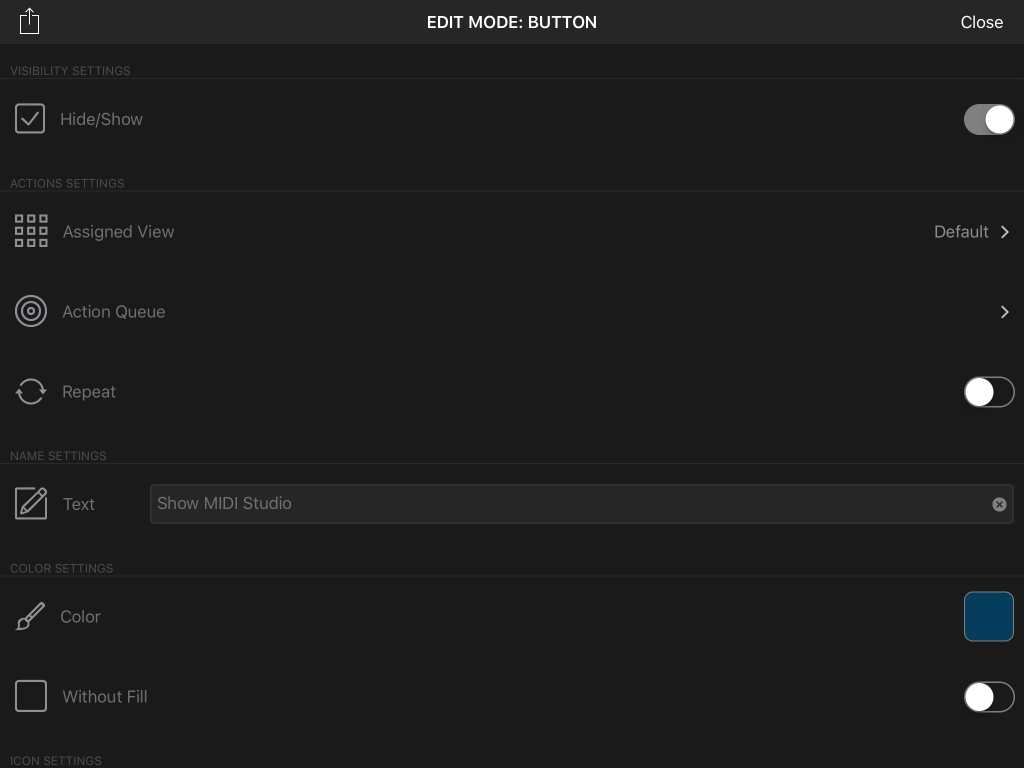 Along with options for Colors, Labeling, and other UI aspects, the essence of Metagrid’s functionality is the Action Queue – where you define what happens upon pressing your created buttons. For Audio Midi Setup, I just created buttons that duplicate the keyboard shortcuts available on the Mac. Audio Midi Setup is also somewhat aggravating in how it Shows, or Doesn’t Show the Midi Device Browser, or the Audio Devices – so creating a toggle to show and hide those continues to be useful.

Program Change is the best option here. I’m always on the lookout for a quick way to add in a big Program Change button to a Screen. It’s one of the most useful Midi messages, but is not well implemented on many control surface apps. The Metaserver desktop utility opens a MIDI port on the Mac. So make sure you enable it in your Daw, or receiving application. Doing so enables you to send Program Change, Note, Velocity, CC, and Midi Channel messages. This makes very easy work of setting up an 8×8 Grid Controller for a Drum Machine. Using Pauses you can even Trigger sequences of Notes – using the available message types to control receiving apps or a LaunchPad light show, for example.

Coupled with Program Change, another excellent function is Pause. It’s a simple way to set up a timed-pause between executing Commands in Metagrid. From what I can tell you can add up to a 9 second pause, in 1 second increments. You could also theoretically use a dummy command between pauses to increase the total pause time. Pauses are helpful for Program Changes, Saving Files, or working with any series of events:

Currently, my only wish for Metagrid is the option to export or share individual buttons, or control surfaces. Currently, you can only export the entirety of your Metagrid database. It does look as though this feature is under consideration ~ evangelize!

Overall, I find Metagrid useful. Many apps like this fall down on their lack of utility, or annoyance of making and maintaining connections. Metagrid has been utterly stable for me, and I haven’t had to learn a specialized language to make control surfaces. If you’re working with an iPad and Mac or PC – Metagrid is a workflow that may be worth checking out.

If you use one of the native Daw’s I mentioned above, you’ll have really deep controls. But even with Ableton Live – you get a highly useful template to start with – and can imagine the possibilities for editing, along with improving your workflow: 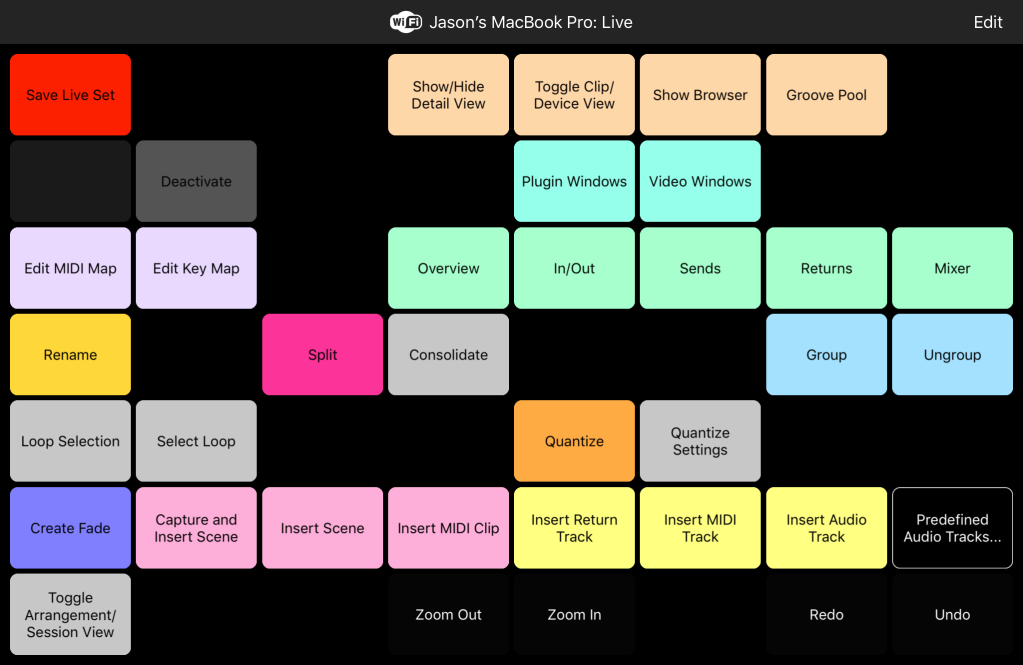